Imagine a vast land covered with green pastures and the sight of wildebeest, topi and zebras running across. Think of a safari and having an encounter with a lion or watching a huge African elephant or maybe catching a glimpse of the leopard. This is the land of Masai Mara, a national reserve located in Narok County region of Kenya and it’s all possible here.

The reserve got its name as an honor for the ancestral inhabitants of the area known as ‘Maasai’ people and ‘Mara’ came from their description of the area when looked from distance and translates as “spotted” in Maasai language.

Well known for its Masai lions, African leopards and Kenyan Cheetahs, Masai Mara also holds a significant importance for The Great Migration of zebra, Thomson’s gazelle and wildebeest from the Serengeti National Park in Tanzania every year.

Where is Masai Mara National Reserve 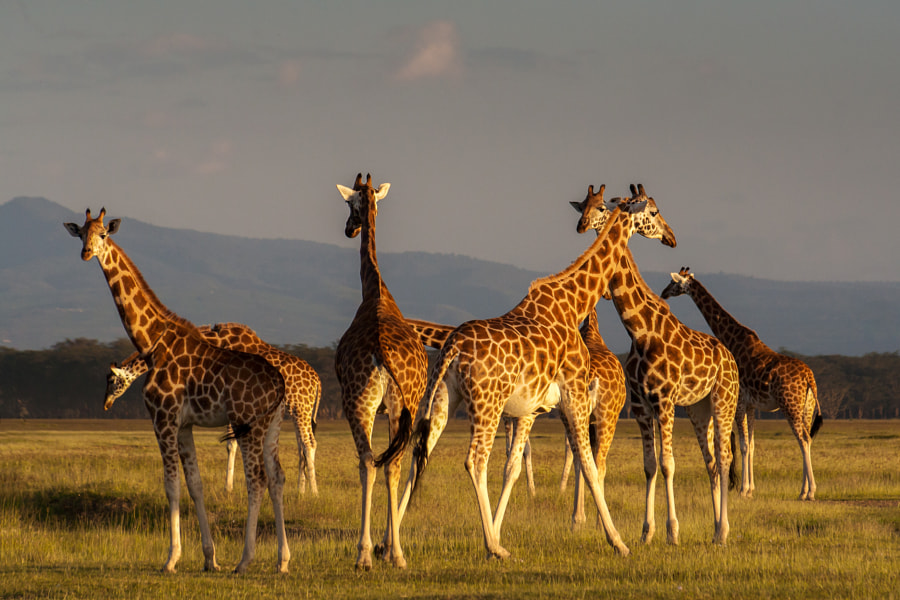 Sharing a common border with Serengeti National Park and situated in the Great Rift Valley of south-western Kenya, the Masai Mara is the northern-most section of the Mara-Serengeti ecosystem.

A terrain covered with open grasslands and seasonal rivulets Masai Mara National Park hosts over 92 species of mammals and over 568 recorded species of birds. Often termed as World Cup of Wildlife, the reserve is located at a distance of 270 km from the capital of Kenya – Nairobi city.

How To Get To Masai Mara National Park

The nearest airport is situated in Nairobi and there are few companies that offer flights from Nairobi to Masai Mara. The journey is approximately 40 minutes.

For those who love to see the country side and travel by the road, driving from Nairobi will take about 5 to 6 hours. Nairobi to Narok takes around 2.5 hours, on a beautiful & well-built road and further Narok to Sekenani Gate takes an average time of 3 hours and the road is not really in a great shape. Having a lot of pot holes, it usually needs special attention while driving.

What To Expect At Masai Mara Park 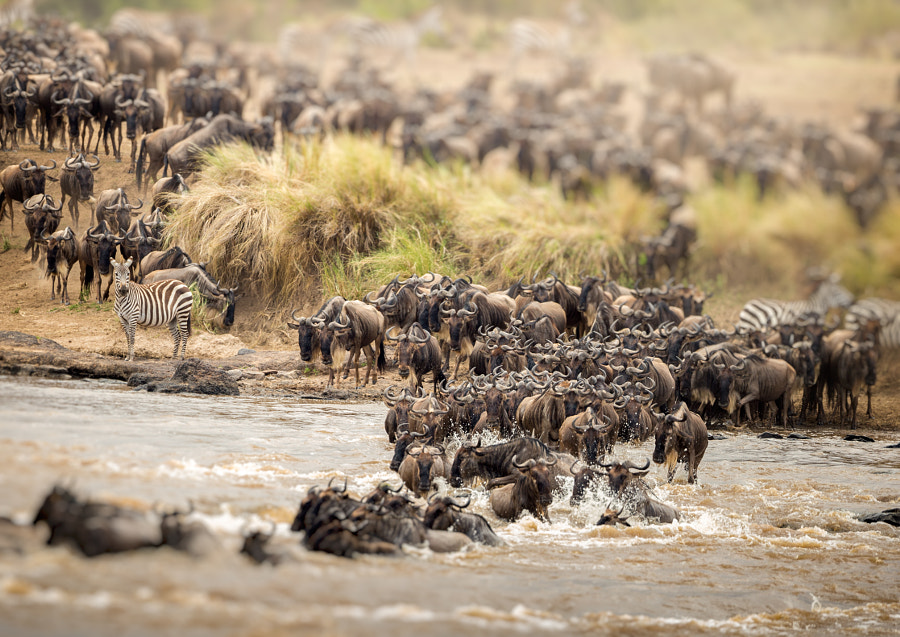 Masai Mara National Reserve is Kenya’s premier wildlife park established in 1961 to protect wildlife from hunters. In this reserve, you are guaranteed to see the Big 5 – lion, leopard, African elephant, Cape buffalo and black rhinoceros.

If visiting Masai Mara in April, June or October one can easily witness the migration of the wildebeests and zebras. Apart from a face off with the huge wildlife the reserve also has other activity options like game drives, walking safaris, cultural tours with local tribes and hot air ballooning.

This reserve also has clumps of the distinctive Acacia tree at its south-east region and has a vast swampy ground at its western borders, having a good access to water.

The landscape having a romantic essence to it also holds a lot of hippos and crocodiles in the Mara River which can be easily spotted in July and November when thousands of wildebeest migrate across the river providing a splendid feast for the hungry crocodiles.

Where To Stay In Masai Mara 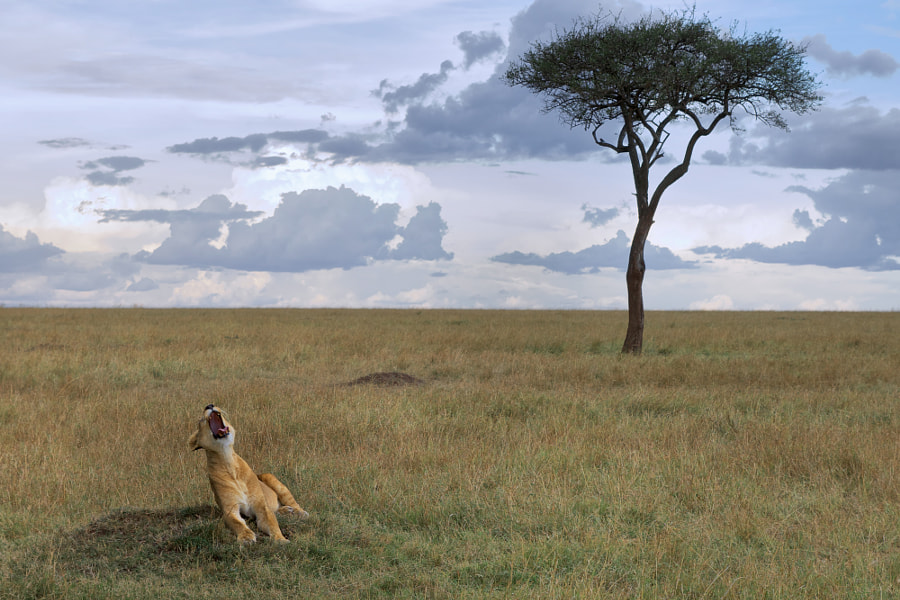 There are a wide number of lodging options in Masai Mara. Being home to some of the best luxury camps in Africa, accommodations in Mara are well equipped with facilities like flushing toilets, haute cuisine and sundowners. 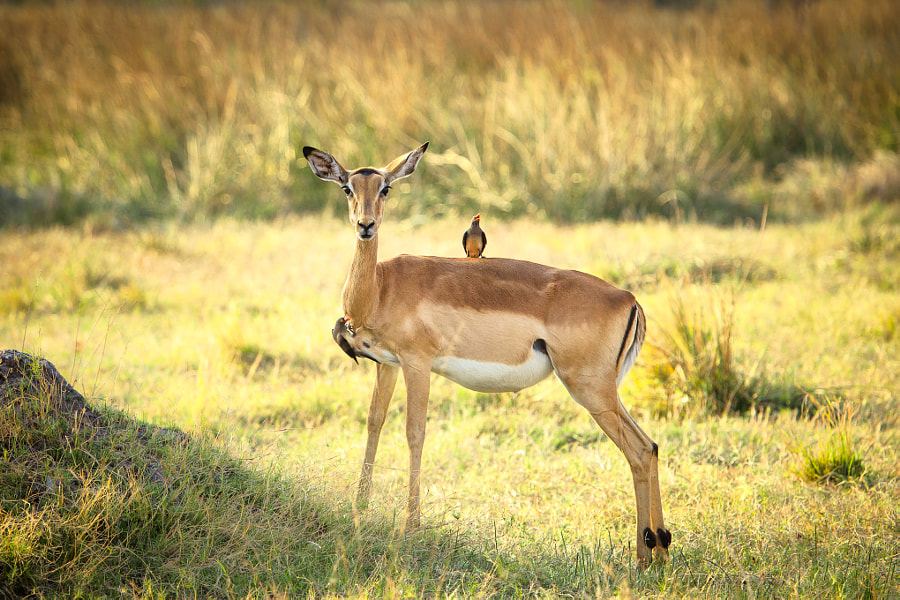 Budget accommodations here is are limited to basic campgrounds. Around the reserve, there are over 20 campsites, of which some are extremely basic and a little unsafe.

Masai Mara is most famous for the sight of The Great Migration that takes place in July and August every year. One can also visit the Masai village near Oloolaimutiek gate of this game park. It is a good experience to deepen the understanding of the Maasai’s culture and simple way of life.